Everything You Need to Know About Driving After a Hip Replacement

Everything You Need to Know About Driving After a Hip Replacement
Posted on: 26 April, 2020

Understandably, patients who have undergone hip replacement surgery have a strong desire to return to normal activities—especially considering it may have been some time since they were able to perform them comfortably.

Driving is one vital activity that, prior to hip replacement surgery, may have been difficult or impossible. Medical and legal guidelines regarding when it is safe to drive following a hip replacement are currently somewhat unclear, made hard to legislate as everyone experiences a different healing process.

Medical recommendations for driving after a hip replacement

The most recent medical advice for driving post-surgery is a minimum of 6-8 weeks after the procedure. The issue with this recommendation is the fact that it is based on outdated studies. The studies used a traditional posterior hip replacement and are based on soft tissue recovery.

More recently, anterior hip replacements have shown much faster recovery times. One study stated brake reaction times resumed around two days after micro-invasive surgery. Dr. Nizam has run one of the most extensive studies in regards to safe driving after anterior bikini hip replacement surgery. As this procedure does not involve the cutting of any muscles or tendons, the muscle around the hip joint remains intact. This leads to a faster recovery with less restriction, pain, swelling, and muscle weakness.

Over a 14-month period, Dr. Nizam found the following results from the 212 anterior hip replacement procedure:

There was no significant difference in these figures when comparing the operative sides of surgery. One main variation, however, was patients with right-sided anterior hip replacements resumed driving sooner and experienced less pain as they got in and out of the car.

The study also found no significant correlation between recovery time and transmission of vehicle (automatic/manual gear). 49.5% of Dr. Nizam’s patients were able to move around without the use of walking aids before the resumption of driving and also tested the car brake before public use of the vehicle.

Further information on the study

The study also looked at the position of the hip, knee, and ankle in the driver’s to determine possible causes of any discomfort. The majority of movements while accelerating or braking involve the ankle joint, with the knee also predominantly engaged while braking (0-5° knee extension).

During emergency braking, there can be a rise in downward ankle flexion to 30° when maximum force is applied to brake completely. Hip adduction and internal rotation of up to 5-10° was also noted when the right lower extremity was engaged to move from the accelerator to the brake, a minimal movement in automatic vehicles.

The study also revealed that patients were able to return to work within 1 to 79 days (on average 24 days). 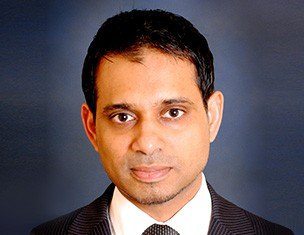